The Rose Studios for Youth artists is home to an award-winning competitive company, Rose Dance Project. Our program is designed for students ages 4 and up who have dance experience and are ready to take their dancing to a competitive level. Our students perform outstanding choreography at the regional and national level. They receive technical training from multiple instructors and are dedicated to rehearsing pieces at multiple competitions. Competitive dance instills valuable life skills such as hard work, commitment, confidence and teamwork. We truly believe in helping every student become their best selves.

Auditions for the 2022-2023 season are open to dancers between the ages of 6 and 18. Please note that all members are financially responsible for costumes, competition fees, and potential travel fees. All dance team members must enroll as an intensive student and attend all required classes.

Please note:
Auditions for the 2022-23 Rose Dance Project have been completed. Please watch this space for information about the 2023-24 RDP team in early 2023.

All students must attend audition per age requirements. Students will be selected per dance by the following requirements and placed into the proper competition level. 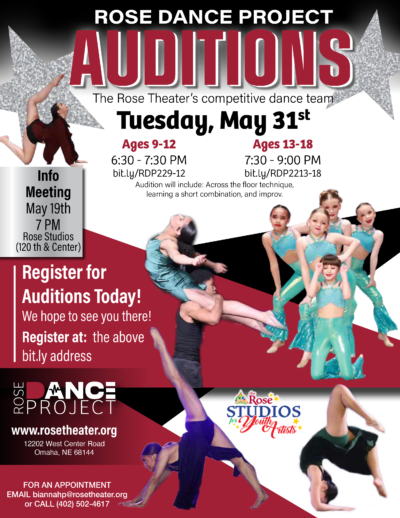 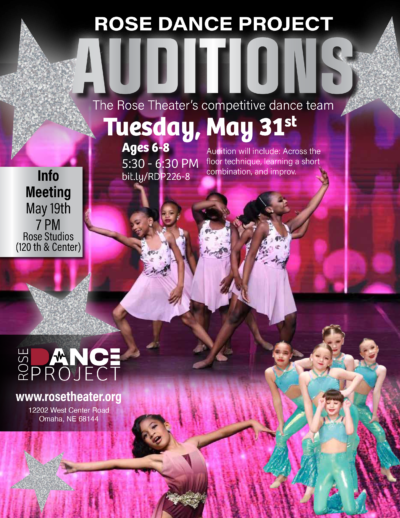 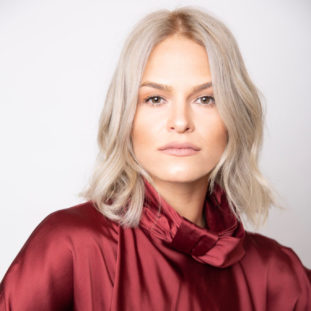 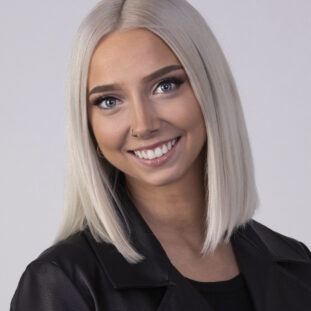 Born and raised in Omaha, NE, Mimi has been dancing since she could walk. She began training at ballet schools and participating in many local ballet and theater productions at the age of eight, playing the role of Clara in “The Nutcracker” at the age of twelve. Mimi danced competitively in regional and national competitions for ten years, winning many scholarships and overall awards. She spent summers studying at Kansas City Ballet School Intensive, and after high school, went on to train professionally at the American Musical and Dramatic Academy (AMDA) in NYC. While in New York, Mimi also studied at Broadway Dance Center and Steps on Broadway with world famous choreographers. Eventually, Mimi moved to Los Angeles where she continued dancing in Hollywood at Millennium Dance Complex, International Dance Academy and Debbie Reynolds Legacy Studio. She then wound up back home in Omaha where she enjoys teaching company classes and choreographing award winning competition pieces.
Mimi is also a local singer-songwriter and has opened for Tech N9ne at Sokol Auditorium in 2014 and for Kid Cudi, Mac Miller and Logic at the Grassroots Music Festival in 2015. Mimi’s love of the arts drives her passion for inspiring young dancers to be their best selves! 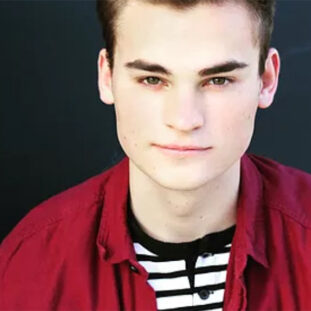 Holden Wemhoff was born and raised in Norfolk, NE where he first discovered his love for dance. Upon high school graduation, he moved to Los Angeles and quickly began working as a professional dancer. From performing in musicals like “The Producers” to working closely with Disney as well as some of LA's top named artist such as Allyson Stoner, Kaycee Rice, and Sean Lew, everything has led Holden to finding his real love for dance, teaching and choreographing and his work has gained him a number of top honors at a number of dance competitions. He takes pride in his unique style and believes that there’s potential in every student as long as they put the work in.

Broadway at The Rose The Rose Brigade