Announcing the cast of PRANCER 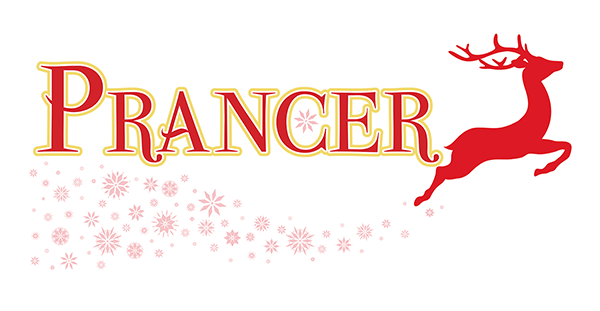 Making its world debut on The Rose stage, Prancer, a stage play based on the cherished holiday film, features a heartwarming story and breathtaking puppetry to bring light to the holiday season.The show will run at The Rose, Nov. 25 through Dec. 18, 2016.

The play, Prancer, which was first produced as a motion picture by Raffaella De Laurentiis, was adapted for the stage by the original screenwriter, Greg Taylor. The Rose is the first theater to present the stage adaptation.

The cast of Prancer features adult and child actors as characters inhabiting the rural town of Three Oaks. In the show, Chloe Irwin (A Wrinkle in Time, Ramona Quimby) plays Jessica Riggs, a young girls whose family has fallen on hard times after the death of her mother. As the holidays approach, Jessica maintains her belief in Santa Claus, despite the urgings of her schoolmates. As she starts to question her idea that there are miracles in the world, she finds an injured reindeer — and instantly believes it to be Santa’s reindeer, Prancer. While she nurses the animal back to health, she interacts with various members of the Three Oaks community, sharing her infectious joy, and changing lives with her holiday spirit. Eventually the entire town learns about Prancer, causing some big problems for Jessica as she tries to return the reindeer home to Santa.

In Prancer, Jessica’s father, John, played by Nils Haaland (Jackie & Me) and her brother, Steve, played by Grant Mannschreck (Shrek The Musical) are struggling through the Christmas season; Jessica’s mother has recently passed away, leaving John alone to care for the two children and a farm. Times are hard and John is having a hard time making ends meet while still making time for Jessica and Steve. Aunt Sarah, played by Louisa Foster (Narnia), hopes to help the family manage through the hard times — and possibly bring Jessica home to live with her, with the intention of helping John through his rough patch.

Jessica’s best friend, Carol, played by Ashley Fitl (Shrek The Musical, Honk), isn’t sure what to think of her friend’s sudden obsession with the reindeer, but promises to keep Jessica’s secret.

Jessica and Carol find themselves in the sights of one of the town’s grumpiest citizens when they dare to sled down McFarland’s hill. Moira Mangiameli plays the mysterious Mrs. McFarland, a grouchy old woman who keeps to herself in her large old house on the hill, but is hiding a secret only Jessica can uncover.

No town would be complete without its youngest citizens, and the on-stage community of Three Oaks is no different. The following student actors round out the cast: Austin Lempke (Charlotte’s Web, Honk, Shrek The Musical) as Ryan; Elliot Kerkhofs as Gavin; Belle Rangel (Shrek The Musical) as Nita; Kaylee Lempke as Riley; Brooke Vogel as Emma; Zoey Dittmer (Honk) as Lizz; Skyler Radloff as Harold; Winston Schneider as Sammy; and Trentin McLaughlin as Tommy.

The reindeer Prancer will be brought to life through a life-sized puppet operated by Caulene Hudson, Shannon Wade and Anna Jordan.

Prancer is being directed by Rose Artistic Director Matthew Gutschick. His recent directing credits at The Rose include The Little Mermaid, Peter & The Starcatcher, A Christmas Story, Mary Poppins, Robin Hood and Ramona Quimby. Other directing credits include Cyrano with Parallel 45, The Sparrow, Twelfth Night and Anon(ymous) at the Interlochen Center for the Arts, Wuthering Heights at the Mint Theatre in New York, and Whacked Fairy Tales at Twin City Stage. His plays have been workshopped/produced by Wordsmyth Theatre Company, Horse Trade Theater Group (NYC), Reverie Productions (NYC), Tri Sate Actors’ Theatre, and Magic Chicago. His work for MagicMouth Theatre won a New Horizons Playwriting Award and the company premiered a new magic-theatre piece, A Christmas Carol In Prose with Parallel 45 in Traverse City, MI. He is the former artistic director of the Children’s Theatre of Winston-Salem and completed a fellowship with the Children’s Theatre Company in Minneapolis under the mentorship of Peter Brosius. Gutschick assisted Peter Brosius on productions of 500 Hats of Bartholemew Cubbins and A Christmas Story. He is a former Managing Director of the Yale Cabaret where he produced over 14 world premieres. He is also the recipient of a Ewing Marion Kauffman Foundation Fellowship in Entrepreneurship, a member of the Lincoln Center Directors Lab, and a graduate of the School at Steppenwolf. He holds a BA in Theater from Wake Forest University and received an MFA in Theater Management from the Yale School of Drama. Gutschick is in his fifth season as artistic director of The Rose.

The complete cast of The Rose’s production of Prancer consists of:

*denotes BROADWAY and/or DRAMA at The Rose students

Prancer is recommended for families of children ages seven and up. The show runs Nov. 25 through Dec. 18, 2016, with performances on Fridays at 7 pm, and Saturdays at 2 pm, and Sundays at 2 pm. The show is approximately two hours long with an intermission. On Saturday, Dec. 3, the performance will be interpreted for audience members who are deaf or hard of hearing. The Saturday, Dec. 17 performance will feature audio description for audience members who are blind, but arrangements must be made at least two weeks prior to the show date. Call (402) 502-4637 for information on audio description services.

Tickets for Prancer are $27 Main Floor and $22 Balcony. Discount ticket vouchers are available at all area Hy-Vee stores through a purchase of a Kid Cuisine product. Members of The Rose receive discounted tickets to the production.

THE CAST OF PRANCER