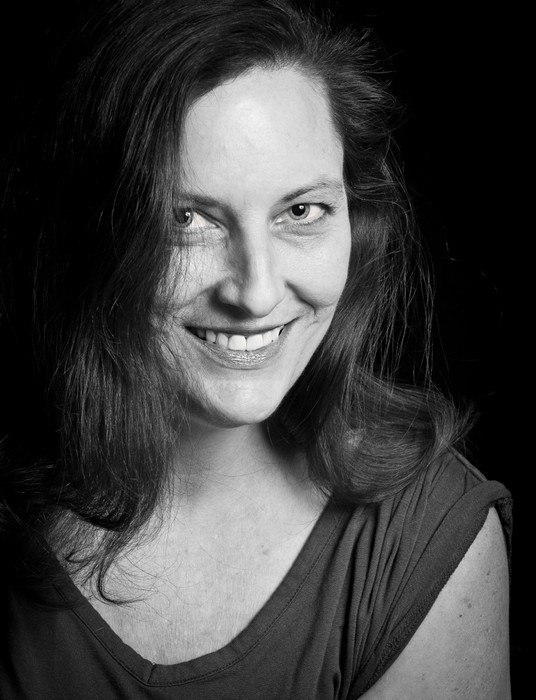 Susann Suprenant is the director of GOODNIGHT MOON, opening at The Rose on Sept. 2. Susann has been directing, performing, playwriting, songwriting, teaching, and facilitating ensemble-based performance for the past 30 years and has been based in Omaha for the past 13 years. Her work includes original scripted plays, stage adaptations, devised theater and site-specific performance.

Suprenant’s physical theater work as a director and teacher grows out of the tradition of Meyerhold, Grotowski, Laban, and Michael Chekhov influenced by postmodern dance improvisation. Over nearly 20 years, Suprenant has developed collaborative techniques from the movement training approach of Viewpoints and the Critical Response Process. She has trained with a variety of theater and movement artists including Kevin Kuhlke (NYU Experimental Theatre Wing), Leon Ingulsrud (SITI Co.), Liz Lerman (Dance Exchange), and Shinichi Iova-Koga (InkBoat).

She has been a frequent guest director, playwright, and dramaturg at Omaha area theaters including The Rose, Blue Barn, Brownville, The Shelterbelt and Metropolitan Community College. Her works have been performed at University of Nebraska at Omaha, The Kaneko, The Bemis, Omaha Healing Arts Center, and have toured Omaha area schools. She has received awards and nominations from TAG and OEAA for Best Ensemble, Best Director, Best Dramatic Play, Best Performance for a Young Audience, and Best Original Script.

Suprenant has served as a catalyst for devised theater and cross-disciplinary arts collaboration in Omaha, as the founder/advisor for Blue Barn’s Witching Hour and in her current role as Artistic Director of ætherplough: a tool for cultivating performance. Working with the newly arrived president of MCC, Suprenant developed the nationally recognized Great Plains Theatre Conference to honor outstanding American playwrights and foster the work of new playwrights and highlight the accomplishments of Omaha-area theatre artists. Suprenant teaches workshops and collaborates with local artists and musicians including Kent Bellows Studio, Les Femmes Folles, loom, Union for Contemporary Art, Bemis Center for Contemporary Art, and the Omaha Community Playhouse.

In addition to her professional stage work, she has taught Drama at the secondary level and has led devised theater programs for at-risk youth. She has served as a mentor drama-in-education instructor, training teachers in elementary school faculty development programs.

Susann Suprenant came to Omaha in 2000 to serve as Head of Directing for the Theatre Department, University of Nebraska at Omaha. She developed the Education and Community Involvement programs for the newly formed Omaha Performing Arts, served as the Dean of Communications and Humanities at Metropolitan Community College through 2012-13, and currently manages an arts consulting service. She holds a B.A. in Communications from San Francisco State University, an M.A. in English from University of Nevada, Reno and a Ph.D. in Theatre from University of Oregon.