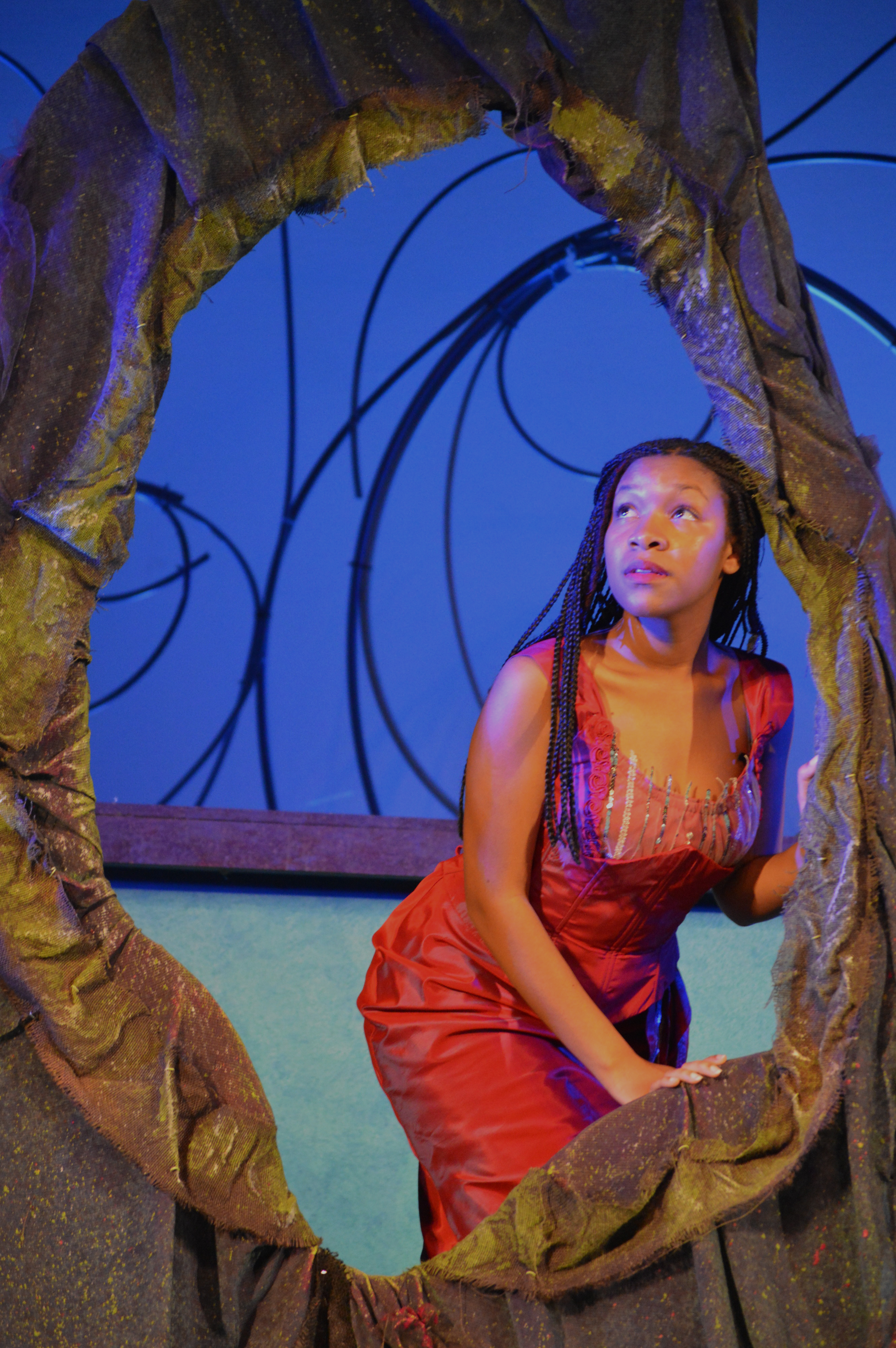 The Rose Theater invites audiences to dive ‘Under the Sea’ for a swimmingly good time as one of Disney’s all-time favorites splashes to life in the Broadway musical adaptation of The Little Mermaid. The show opens June 3 and will run through June 26.

Disney’s The Little Mermaid is based on the popular Disney movie and Broadway musical. It follows the adventures of Ariel, a bold young mermaid princess fascinated with the human world, in spite of the warnings of her father, King Triton, and her finny friends Flounder the fish and Sebastian the crab. When she makes a dangerous deal with the sea witch, Ursula, she begins a race against a setting sun to find her true love — Prince Eric.

Led by Rose artistic director Matthew Gutschick, Little Mermaid promises to thrill audiences with all the favorite songs from the Disney film, including Under the Sea, Kiss the Girl, and Part of Your World. The stage will be filled with a flurry of talented dancers, most notably in a seven-minute production number for Under the Sea, choreographed by Sue Gillespie Booton.

The set (designed by Tim McMath) transports audiences under the sea with a theatrical space filled with swirls and innovative lighting. The imaginative use of projections (designed by Brittany Merenda) helps transition between the lands above and below the ocean’s surface, and brings life to underwater characters. Costume designer Sherri Geerdes has reimagined the world of the Disney princess, dressing the mermaid and her friends in bright, beautiful colors that reflect the vibrant world found fathoms below.

While audiences will be familiar with much of the plot of the story, originally written by Hans Christian Andersen and later reimagined for Disney by Howard Ashman, John Musker and Ron Clements, the stage play expands the storyline, delving into the backstory of the sea witch Ursula and Ariel’s father, King Triton. On stage, audiences also learn much more about Ariel and her relationship with her “mersisters.” Both Ariel and Prince Eric explore themes of wanting something more than what is expected of them and yearning to branch out beyond the expectation of families and friends.

Torisa Walker will make her Rose debut as the headstrong mermaid princess Ariel. Marcel A. Daly will play the love of Ariel’s life, Prince Eric. Heather Wilhelm will bring her talents to the role of Ursula, the sea witch. Bill Grennan — who recently delighted audiences as Black Stache in The Rose’s production of Peter & the Starcatcher — will play Scuttle, the well-intentioned (but misinformed) seagull. Ariel’s best friend Flounder will be played by student actor Grace Titus, and Cammy Watkins will portray the conscientious crab, Sebastian.

Disney’s The Little Mermaid is recommended for families of children ages five and up. The show runs June 3-26, 2016, with performances on Fridays at 7 p.m., Saturdays at 2 p.m., and Sundays at 2 p.m. The show is 2 hours long with an intermission. Interpretation for audience members who are deaf or hard of hearing will be offered at the 2 p.m. show on Saturday, June 11.

Tickets for Disney’s The Little Mermaid are $30 for main floor seats and $25 for balcony Discount ticket vouchers are available at all area Hy-Vee stores. Members of The Rose receive discounted tickets to the production.