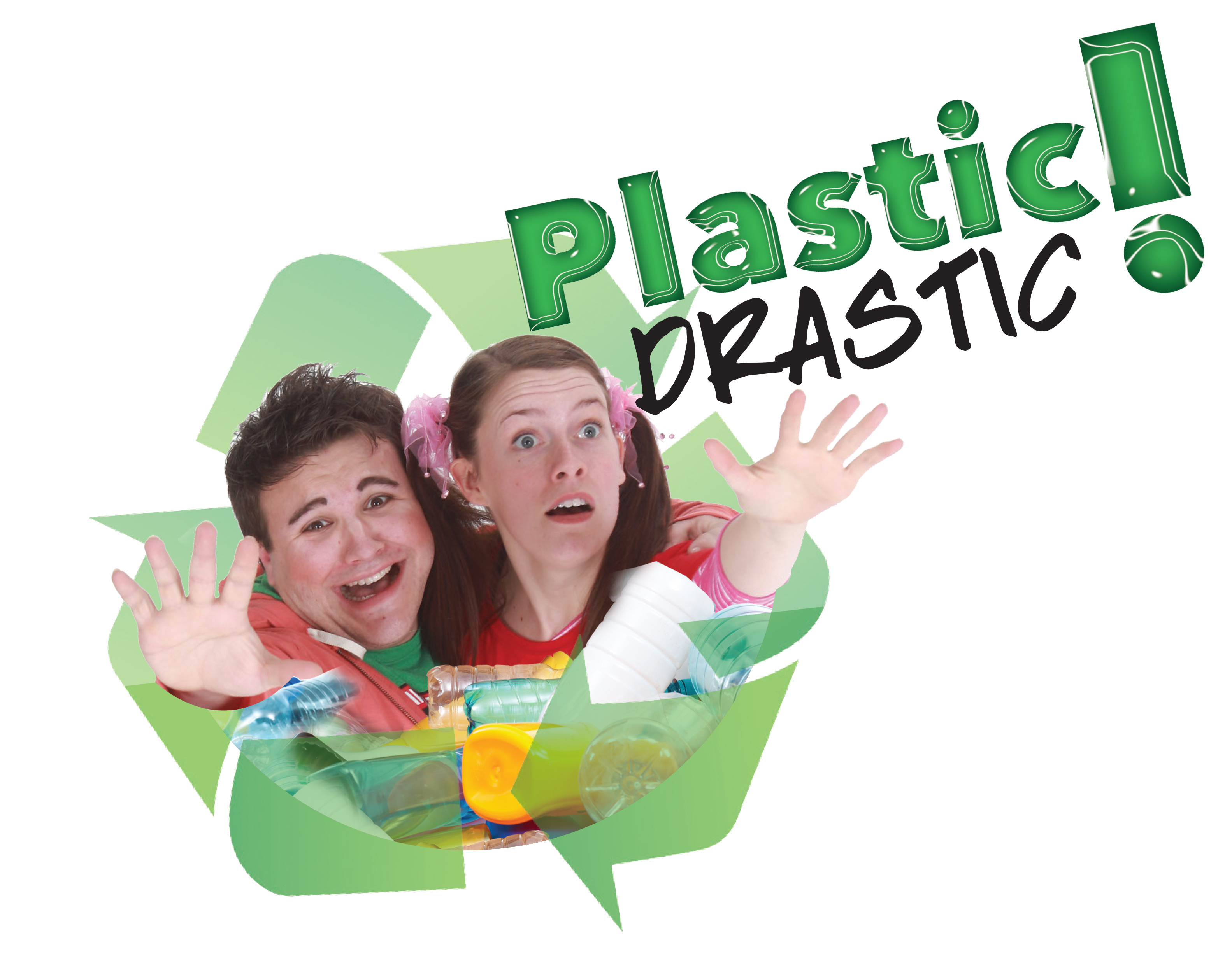 When a giant storm dumps a large heap of trash and used plastic on their home, a boy and his sister embark on a journey of a lifetime in the world premiere production of Plastic Drastic, playing at The Rose Theater Feb. 26 – Mar. 13. The show shines a spotlight on the issues of pollution, consumption and the growing problem of the Great Pacific Garbage Patch through spectacular puppetry and innovative Indie-style music.

Loosely based on Homer’s The Odyssey, Plastic Drastic opens to find a brother and sister (played by Robby Stone and Molly McGuire) tossed about in a devastating storm. As the storm subsides, they find that their house has been bombarded by a large heap of trash and used plastic. Not knowing where their mother and father are after the disaster, they set across the ocean in a small raft in search of their parents.

Out on the open sea, the duo encounters many more obstacles and problems, including a monstrous talking doll, a mariner (complete with an albatross around his neck) on a seemingly hopeless mission, a bloom of dangerous jellyfish, a treacherous island of floating debris and more. The larger-than-life characters are animated by puppeteers Joshua Lloyd Parker, Kimberlee Stone and Shannon Wade using creations designed by Jessica Scott and created by Props Master Christopher Dills.

Plastic Drastic is an original play written by guest artist Elena Araoz of New York City, who worked closely with Rose staff for more than a year to develop the final piece. Araoz visited Omaha on several occasions, including a week-long stay during the summer of 2015 where Rose staff members conducted table reads of the script-in-progress and eventually started testing potential staging concepts for the show on the theater’s mainstage.

Throughout the play, a band playing haunting Indie-style music represents the weary ocean crying out for help. Musicians Aaron Markley, Annamarie McClellan and Graham Ulicny have given a unique sound to Araoz’s lyrics, creating a chilling soundtrack to the production.

Due to the intensity of the situations presented in the play, Plastic Drastic is recommended for ages 7 and up, who will enjoy the adventure into the unknown, the complex storyline and monstrous characters. Younger children or children with sensory processing issues may find the dark-but-exciting adventure and grand scale puppetry too intense or scary.

Plastic Drastic runs Feb. 26 – Mar. 13, with performances on Fridays at 7 p.m., Saturdays at 2 p.m. and 5 p.m., and Sundays at 2 p.m. Interpretation for audience members who are deaf or hard of hearing will be offered at the 2 p.m. show on Saturday, Mar. 5. The show is 60 minutes long without an intermission.

Tickets for Plastic Drastic are $18 per person. Discount ticket vouchers are available at all area Hy-Vee stores for $14 each. Members of The Rose receive four free tickets to the production.