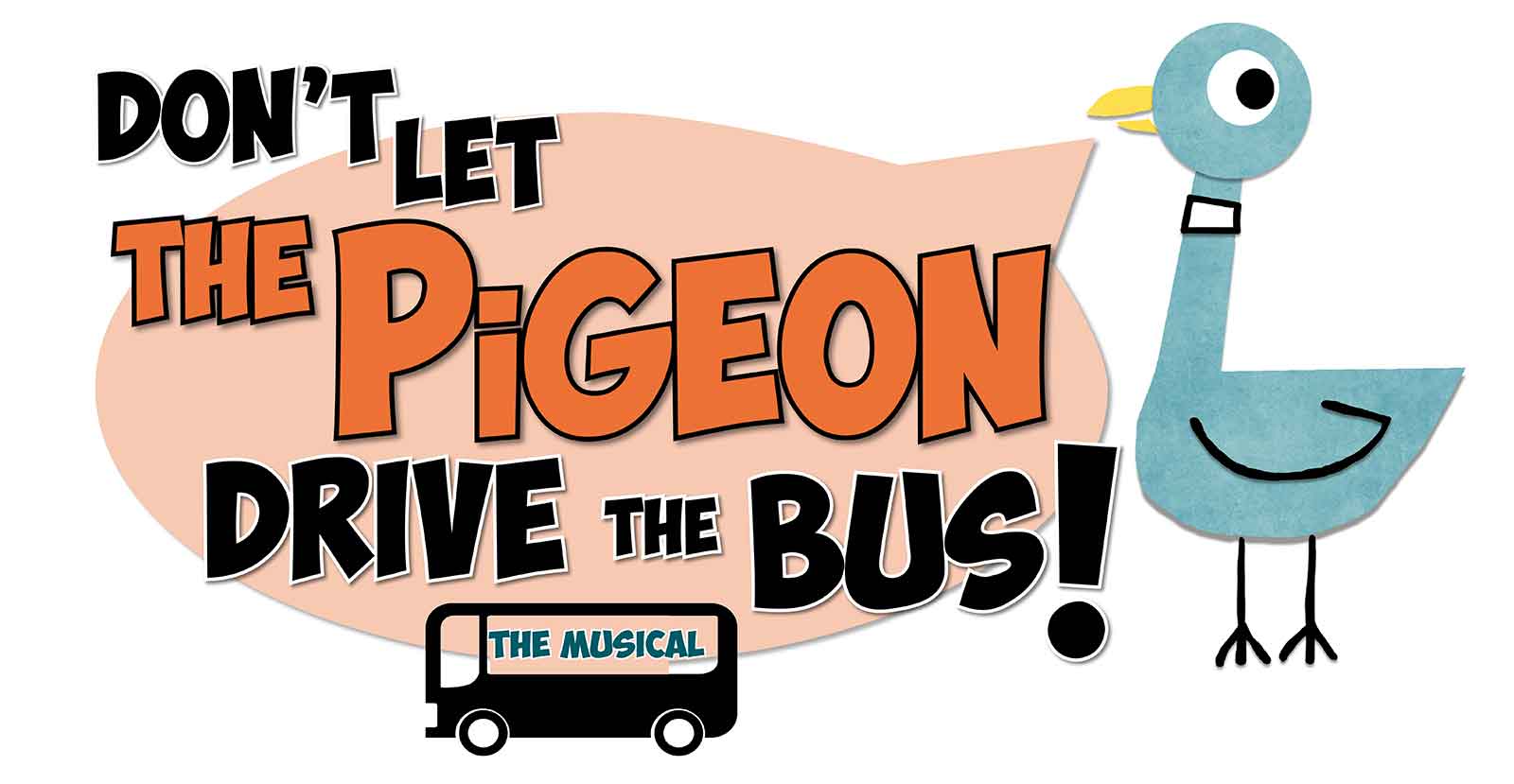 Based on The Pigeon picture books by Mo Willems.

Whatever you do, don’t let The Pigeon star in his own musical production! Because it’s not easy being The Pigeon– you never get to do ANYTHING! But when the Bus Driver has a crisis that threatens to make her passengers (gasp!) late, maybe that wily bird CAN do something. Starring an innovative mix of actors, puppets, songs, and feathers, Don’t Let The Pigeon Drive The Bus! (The Musical) is sure to get everyone’s wings flapping. With a script written by Mo Willems, the creator of the #1 New York Times best-selling, Caldecott-honor award winning Pigeon picture books, along with longtime collaborator and Disney Jr’s Muppet Babies executive producer, Mr. Warburton, and featuring music by Deborah Wicks La Puma, the composer behind Elephant & Piggie’s We Are In A Play! and Naked Mole Rat Gets Dressed: The Rock Experience, this comedic musical production is even more fun than staying up late and having a hot dog party! 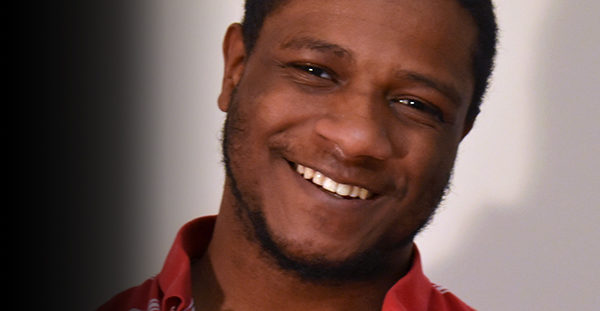 Malik Fortner is originally from Michigan. He moved to Omaha in 2010 where he found his love for acting in a high school production of Gift of the Magi. He has been involved in professional theater and filmmaking since 2016. Malik is very excited to have the chance to be a part of another show this season at The Rose. Malik has been seen in Penguin Problems (The Rose), Walk the Night (Blue Barn), Love and Information (Apollon), Tamurrud (Film), Chit (Film). He is also an ensemble member of Kerfuffle and has been featured in a few local commercials. When he is not prepping for a show Malik, enjoys crafting cosplays, playing board games with his roommates, watching anime and playing video games. Always believe in the me that believes in you! 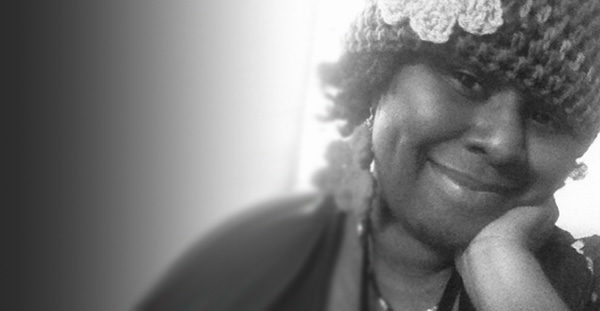 Dani Cleveland is a gifted singer/songwriter/actor who hails from Omaha, Nebraska. She loves to be onstage. While patiently waiting for her big break, she continues to hone her craft by participating in local theater productions including The Wiz, For Colored Girls, and most recently, The Diary Of Anne Frank at The Rose Theater. She has written scripts for The Resurrection Productions at Salem Baptist Church where she serves on the Fine Arts Council & Worship Team. Dani loves photography, painting, crocheting & designing jewelry. She loves creative expression of any kind. She is grateful for this remarkable opportunity. 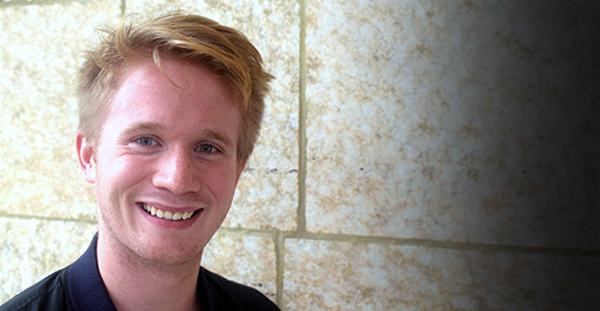 Jay Hayden (they/them) is a Teaching Artist at The Rose and is overjoyed to be joining this production! You might have seen Jay on The Rose stage last season in The Cat in the Hat (Thing #2) or Howie D: Back in the Day (Justin/Prep #2), or around town in the touring casts of The Land of Peas (Kid) and Nebraskaland (Hummelsback). Jay is the founder of The Rose’s Teen IDEA Coalition, a monthly group dedicated to exploring art and theatre from the lens of Inclusion, Diversity, Equity, and Accessibility (Zine coming soon)! Their play, The League of Super-Zeroes is currently in development for a Summer 2021 youth production at The Rose.  Work outside of Omaha has included performances with the Lake Dillon Theatre Company, AATE's Broadway-on-Demand production of Rumpelstiltskin, and Vermont Stage. Black Lives Matter. Trans Lives Matter. Indigenous Lives Matter. Stand with Hong Kong. 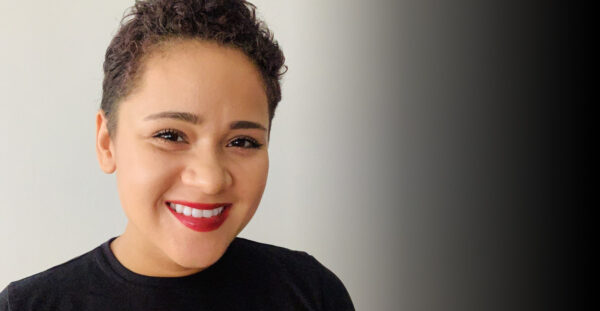 Natalie is a Chicago-based performer from Seattle. A Creighton alum, she is ecstatic to be back in Omaha again. She was last seen as Pollyanna D. in the world premier of Howie D: Back in the Day, and It's a Wonderful Life with the Rose Theater. Other noted Omaha credits include Peter Pan (Tigerlily) and Newsies! (Tommyboy) with the Rose Theater, and Heathers the Musical (ensemble) with the BlueBarn Theatre. She was last seen in Hope: Part 2 of a Mexican Trilogy (Betty U/S) with Teatro Vista Theatre in Chicago. During quarantine, Natalie began writing and producing her own music. The first of which is called Likewise on Spotify and Apple Music under the artist name Facade Queen, as well as a collaborative EP Sigh, Sigh, Kiss! with her sister, Emilie and their duo "Court the Muse". Natalie recently choreographed and filmed a dance piece to an original song for TBD Dance Collective's Making Space 2020. To keep up with Natalie's artistic endeavors, her instagram is @facadequeen. Thanks to Mom, Dad, and Em for lifting me up always. 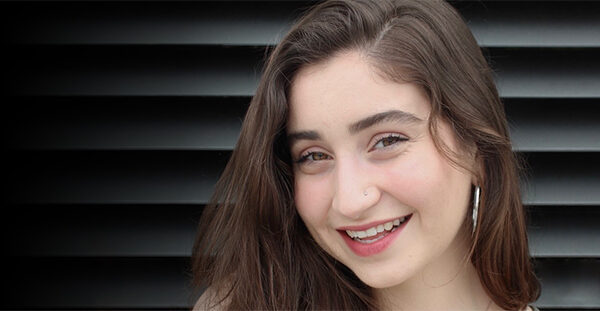 Farrah Raquel Sklar is thrilled to be part of Don't Let the Pigeon Drive the Bus! Originally from Miami, Florida, Farrah is new to Omaha as a Rose Teaching Artist Fellow. She recently graduated from Northwestern University with a Bachelor of Arts in Theater and a focus in Theater for Young Audiences. While at Northwestern, Farrah was part of Purple Crayon Players and Seesaw Theater, and spent much of their college career as a director, teaching artist, dramaturg, and actor. Favorite credits include Never Not Once (Director), Earthquake Chica (Director), Robin's Hood (Little J). In addition to virtual teaching at The Rose, Farrah has been fortunate be part of Kindness Begins With Us: The Tail of Two Wolves (Smalls) and Pride Players Project #22 (Co-Director). 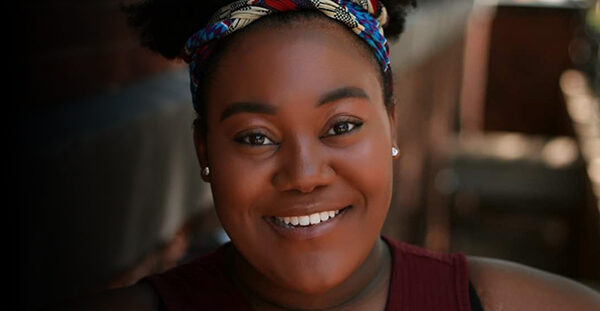 Zhomontee Watson is an established actress, singer, a full-time graduate student and a graduate assistant at the University of Nebraska at Omaha. She is currently finishing her masters in Clinical Mental Health Counseling and will graduate in May 2021.You may recognize Zhomontee from her roles as Deloris Van Cartier in Sister Act (Omaha Community Playhouse), Washing Machine in scoreline or Change (Omaha Community Playhouse), Miss Medda Larkin in Newsies (The Rose Theater), and Asaka in Once on This Island (SNAP! Productions and South High School). Zhomontee has recieved multiple awards, including the OEAA for Best Actress in a Musical in 2017 for her role as Deloris Van Cartier in Sister Act. 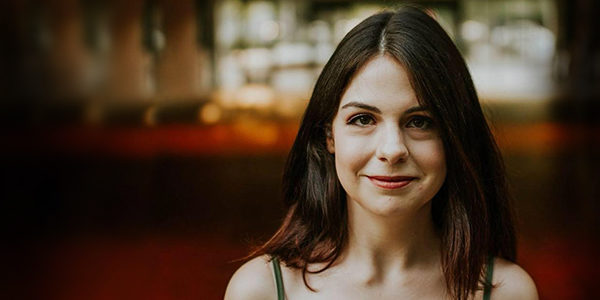 Shannon has been a guest educator and performer at The Rose since December 2018. She has since taught a plethora of summer camps, classes, and has now joined the ranks of Brigade Directors. You may have seen her during her debut as The Manager in Elf, or possibly as the evil stepsister Hattie in Ella Enchanted. She even got the opportunity, pre-pandemic, to work alongside the cast of Howie D. Back in the Day. This California native is very excited to be joining the cast as a swing, which she sees as the ultimate actor’s experience. She hopes that this production inspires joy in you, the audience, in this time of uncertainty. 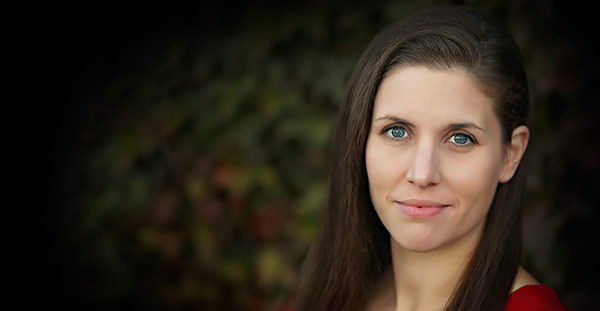 Stephanie has worked at The Rose for over 14 years as the Director of Early Childhood, Teaching Artist, Actor, Playwright and Director. She has had her adaptations of The Grocer's Goblin and The Little Mermaid (co-created with Brian Guehring), Thumbelina: Adventure Day, The Giant Who Chased The Moon, and Kindness Begins with Us: The Tail of Two Wolves (co-written with Carina DuMarce) produced at The Rose Theater. She has directed The Rose Theater's world premiere's of The Grocer’s Goblin and The Little Mermaid, The Misfits, Thumbelina: Adventure Day, and The Little Engine That Could. She has also directed productions of Curious George and The Golden Meatball, George and Martha Tons of Fun, Charlotte's Web, and A Child's Garden of Verses. She's performed as Piglet in Winnie The Pooh, Kaa in The Jungle Book, Ida In Honk and others at The Rose. Stephanie has her MFA in Acting from the University of Iowa, is a certified Yoga instructor, participated in the Diavolo Project: Nebraska, is a company member of Omaha's The Moving Company, performed in The Woodsman (at The Bluebarn) and participated as a playwright at The Eugene O'Neill Puppetry Festival, and is a trained puppeteer specializing in shadow puppetry and Bunraku. Before moving to Omaha, she lived in NYC where she worked with Liz Swados on her production of Jabu in an extended run at The Flea Theatre, Lee Bruer’s production of Mabou Mines' A Dollshouse National and International Tour, Taylor Mac and The Jim Henson Company. www.stephaniejacobson.weebly.com 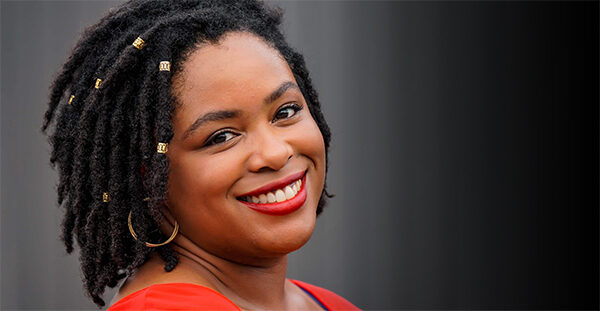 Born and raised in North Omaha, NE, Brandi has been involved in local theater in the metro area for over 14 years. Most recently she was seen on stage in “Red Summer” at the Bluebarn Theatre, and is a recipient of the OEA’s Best Supporting Actor award for her role in The Bubbly Black Girl Sheds Her Chameleon Skin at The Union for Contemporary Art. This is Brandi’s first venture behind the scenes as assistant director and could not be more thrilled to embark a new leg of her career. In addition to theater, Brandi spends her time parenting her 9 year old daughter. 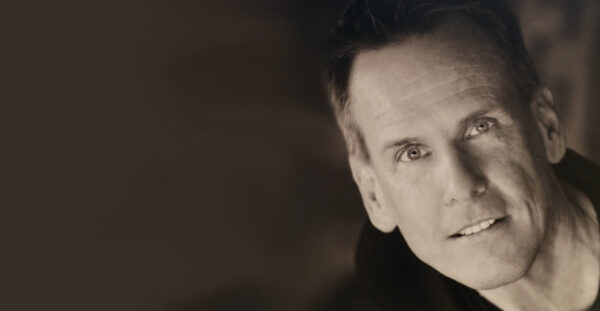 Jerry Brabec, tenor, is an Ordained Deacon on the clergy staff at Omaha St. Paul United Methodist Church where he serves as Minister of Worship. His responsibilities include the overseeing of liturgical preparation for the congregation of 400. He also serves as choral director for Temple Israel’s Kol Rina. Awarded the Master of Music degree from the University of Nebraska, he studied choral conducting with Dr. Cina Crisara and Dr. Z. Randall Stroope. As a chorister of the acclaimed Robert Shaw Festival Chorus at Carnegie Hall, he sang for five years under the baton of the late Robert Shaw, was twice selected one of six participants in the Alice Parker Melodius Accord Fellowship Program and frequently continues his conducting studies with Ms. Parker during January in New York. At the Rose for the past twelve seasons, “Don’t Let Pigeon Drive the Bus” marks his 45th show as a visiting music director/vocal coach. He also serves as music director for the nationally acclaimed Rose Brigade, one of the award winning offerings of the “Broadway at the Rose” program. Formerly, Jerry taught at the high school level for Council Bluffs Community Schools, served as associate artistic director of the Omaha Clarion Chorale, and as artistic director for the Kanesville Chorus and Renaissance Faire of the Midlands.